The first point, is that I never loved the Saint Seiya figures.

No more the vintage, than the myth clothes, nor the newest myth cloth EX.

At a day when Saint Seiya Myth Cloth figures came on my friends shelves, devastating my night vision with such an illegal brightness, I couldn't help any of them to avoid brain damage...

So, a few years later, as I was wandering on a Saint Seiya forum (yes... it exists...), I decided to make a custom knight (or saint, as they call them).

I bought a Dohko Libra from Japan (expensive !), and the first thing I've done, was to cut some metal parts of its armor, with my metal saw...

I had been insulted so many times...

But what is a good Libra saint : a saint with WEAPONS

This custom is known as

that can be translated in

"Master Bull'ets That Throw the puree"

Pruneau (Prun'Ho) is a french term to say bullet

Balance (aka Libra) is also the french to say throw 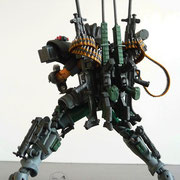 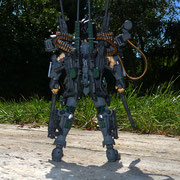 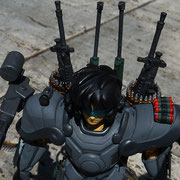 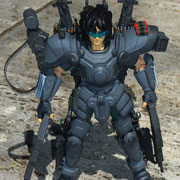 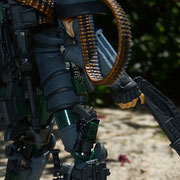 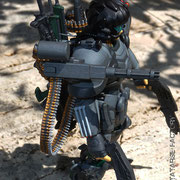 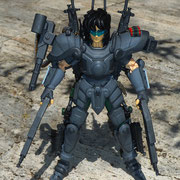 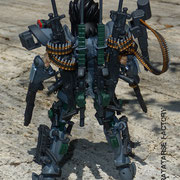 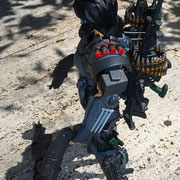 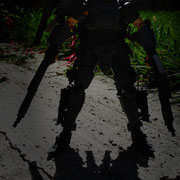 And integrate weaponry, it's my job !

So you can see this Libra knight has much more than 12 poor weapons :

The second point, is that I hate having too much spare parts and no other custom done with them...

So, after the first attempt (Prun'Ho), I had to make another Metal Knight.

For this one, the base Myth Cloth was the Bear Saint.

It was taller than the Libra Gold Saint, so evidently stronger !

It could then carry a lot of weapons...

This time again, I cut parts from the armor, the Bear object, etc. to make diferent gimmicks to this custom compared to the first one.

This time again, I had been insulted many times...

But as a result, this second SSMC custom was truly a cool one with all an universal soldier needs !

Less armor plates on the figure, so i's a bit lighter, but more stable too !

This one is know as

that can be translated in

Care Bear, as the base is Bear armor 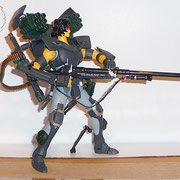 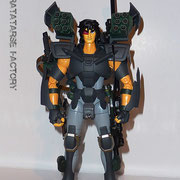 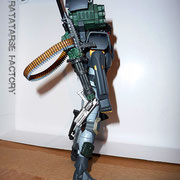 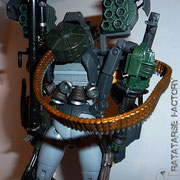 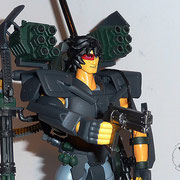 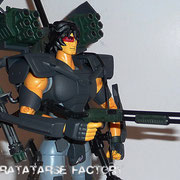 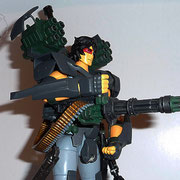 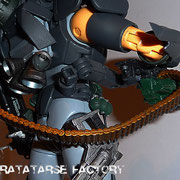 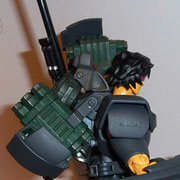 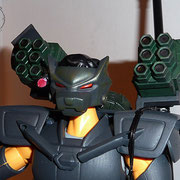 The Bear Saint has never been so deadly since this light upgrade :