Before the scenes depicted in my two dioramas already released devoted to the Fan Racer, roughly before his appearance in the hangar of the SDF-1 and its crash (still in the SDF-1), Fan Racer appears in the first episode of Macross.

Obviously, I will not leave the threads so visible ... But for once, I have not drilled the valkyries ^^
Small precision: this "diorama" is 73cm high ... 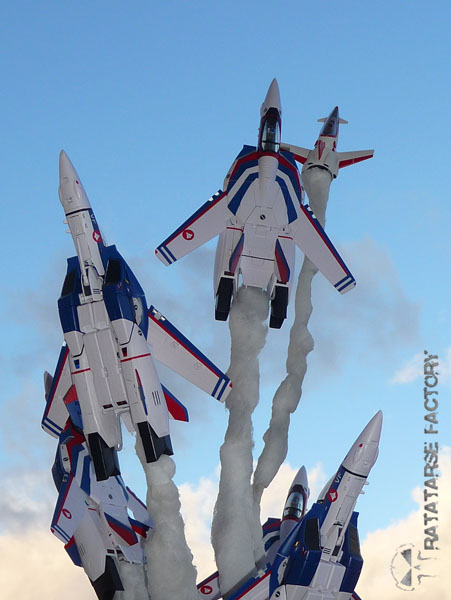 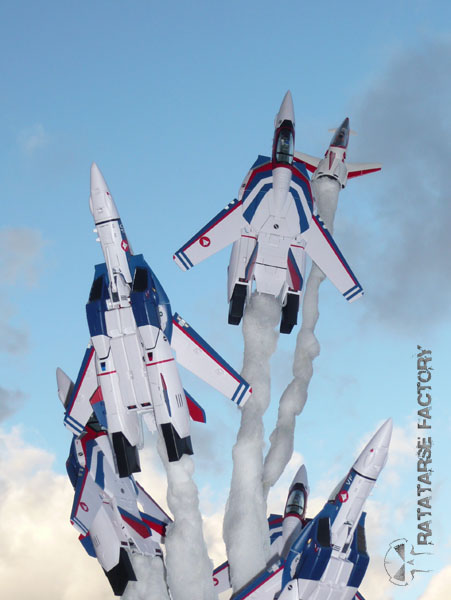 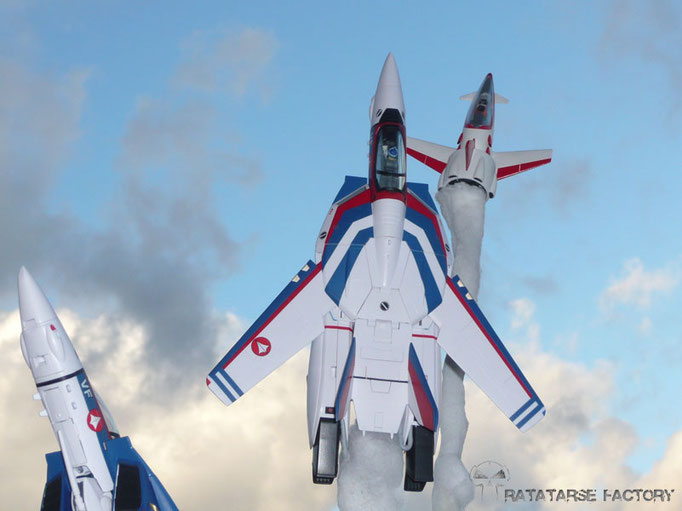 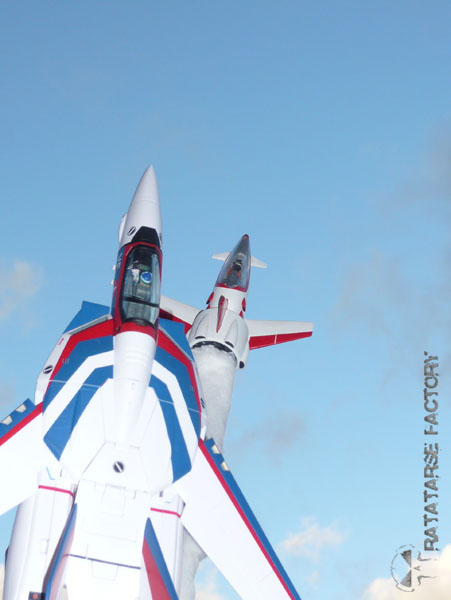 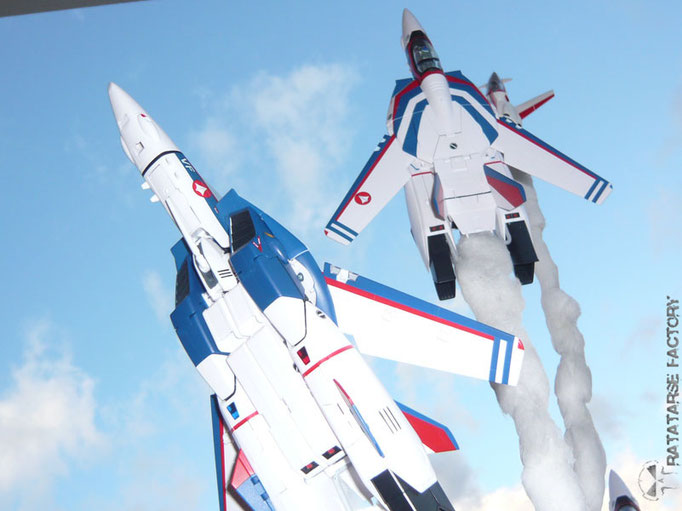 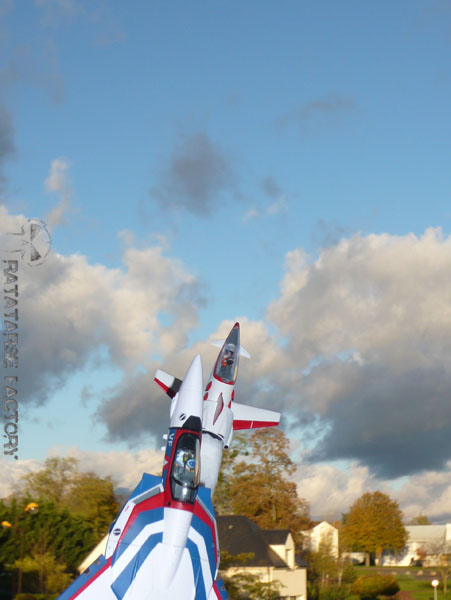 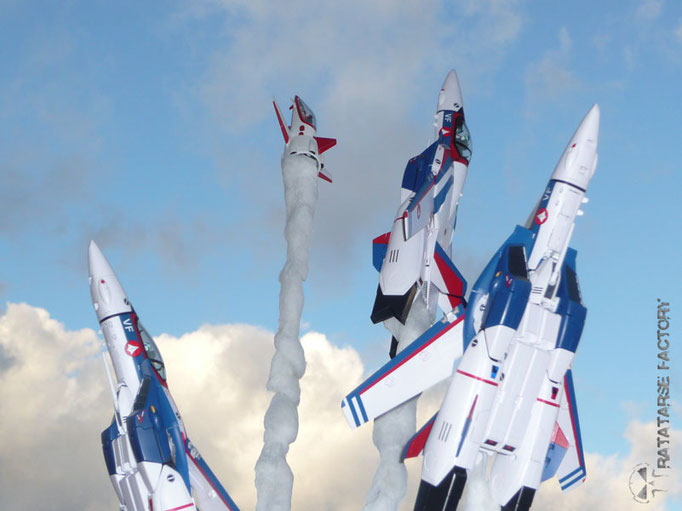 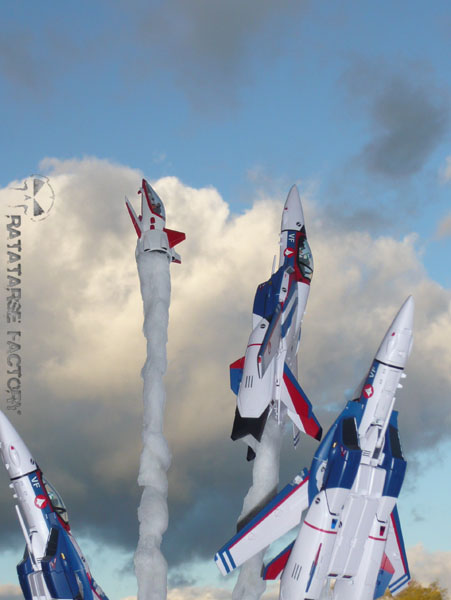 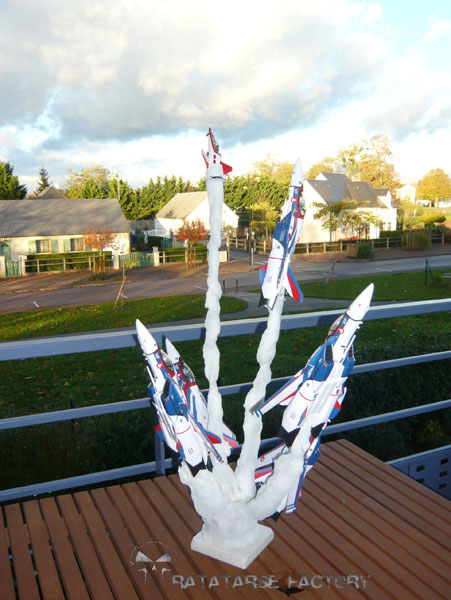 And it has been signed by Master Shoji KAWAMORI himself !