An arming program like the VF-X necessarily has its test program, for weapons evaluations and developments.
It was awarded to the 418th Flight Test Squadron, the "Tigers", based in Edwards. 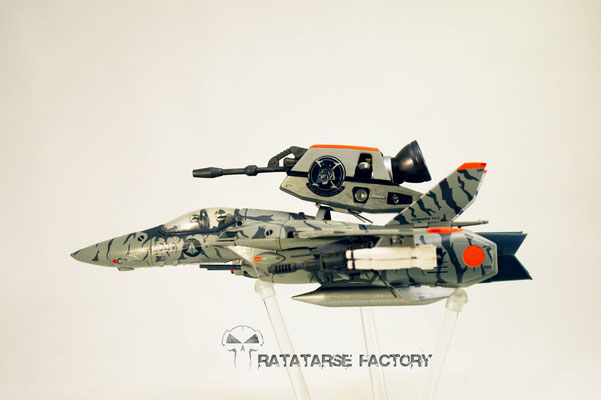 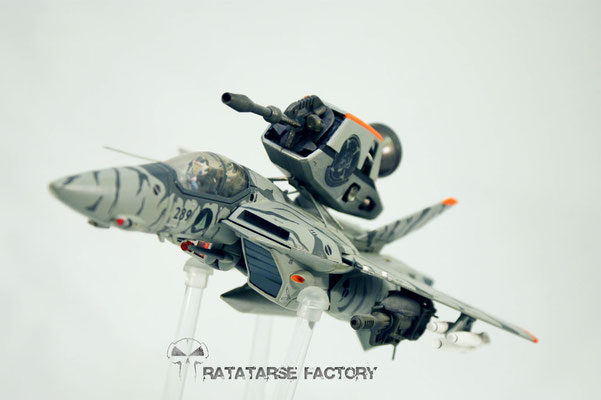 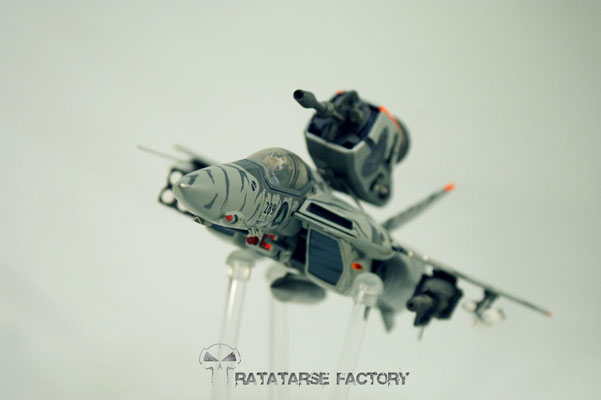 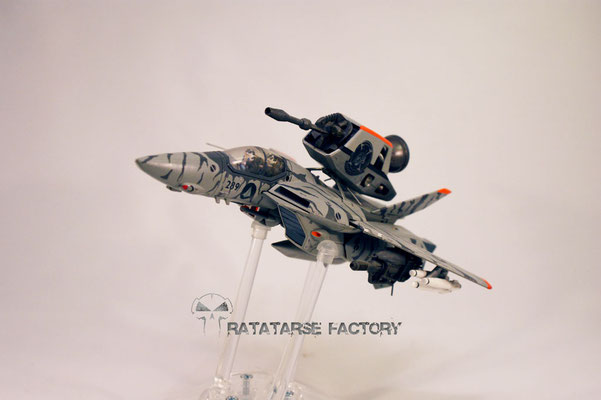 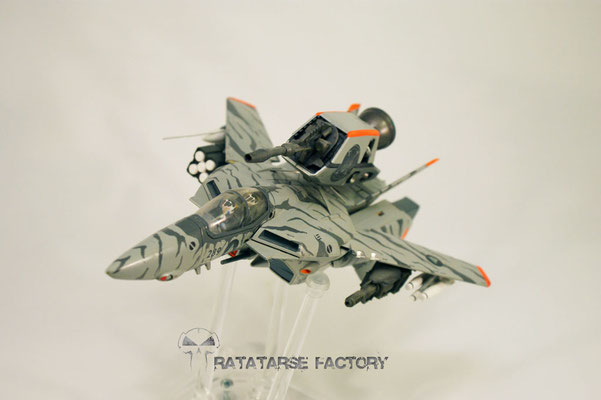 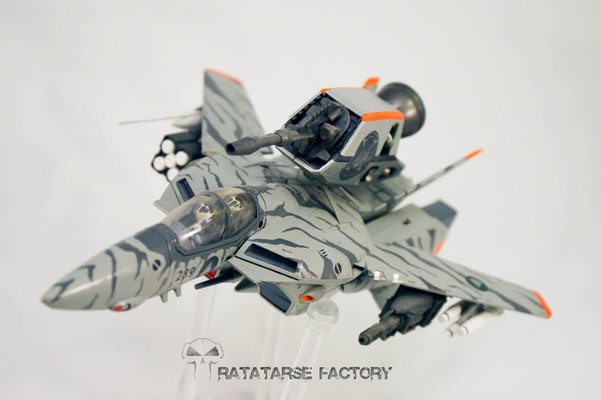 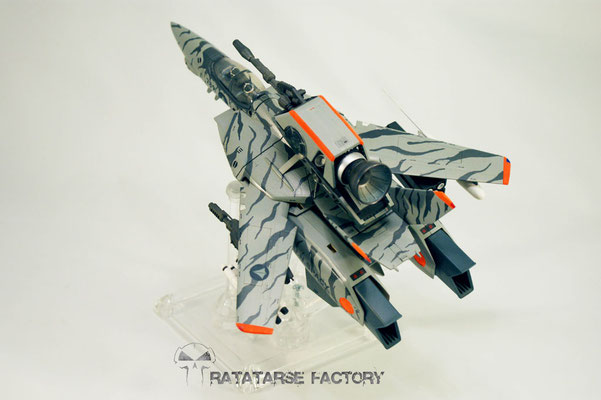 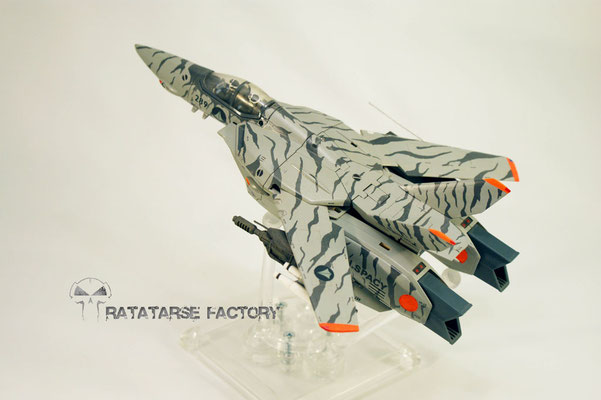 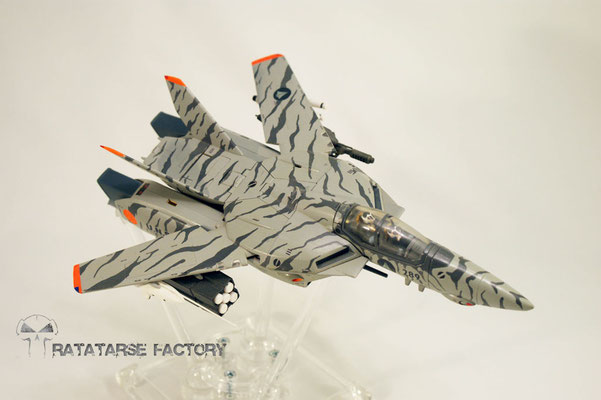 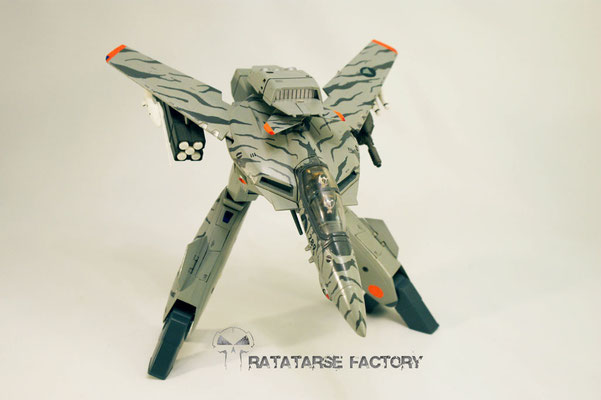 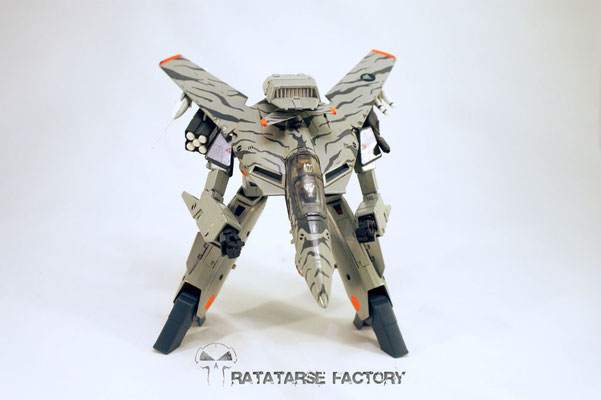 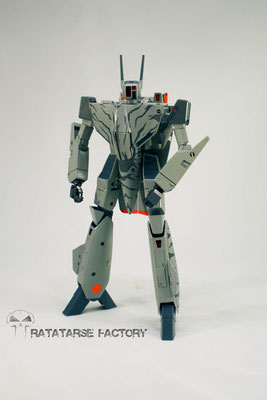 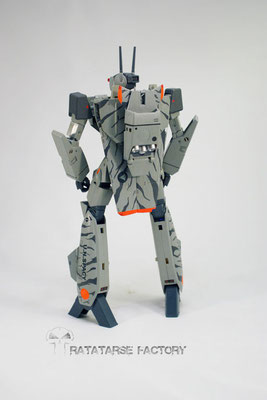 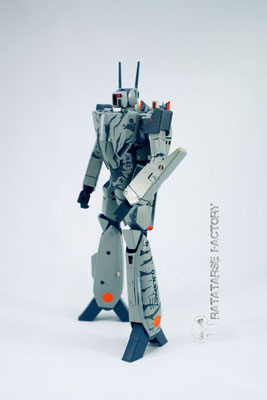 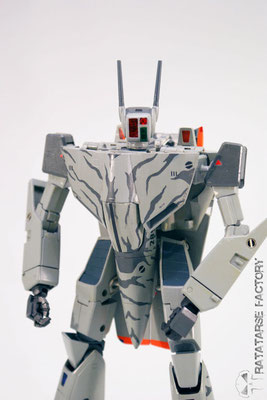 An aircraft was specially designed to analyze weapons and results, flight parameters, and target designation.
This is the VF-1T, for Tactics.
It carries a laser designator and a FLIR under the nose for active ground tracking, an optomechanical laser in the head, and a rear engineer : yes, it is a two-seater !

It has been armed, at present, with the following armaments:
- an ultra-manoeuvrable HMB monobooster, equipped with an automated pulse laser with presence detector, which, coupled, will give the double barrel strike that is well known.


- a basket of micromissiles which will become one of the standard armaments of the VF-1.


- a rack of 3 conventional missiles, which also will become a standard armament on VF-1.


- a high-velocity, self-supporting cannon pod, which will be modified and adapted on the chest of the Tomahawks, here in its airborne version.


- an enhanced TTSR information platform to collect shooting and flight data, and to record the tests.


- a ventral additionnal fuel tank giving more range, due to the use exclusively in atmosphere and the very greedy booster.

This aircraft, however, retains the offensive qualities of the YF-1D from which it is derived.
This exemplary has been salvaged by Ratatarse in the same time he took his vessel. 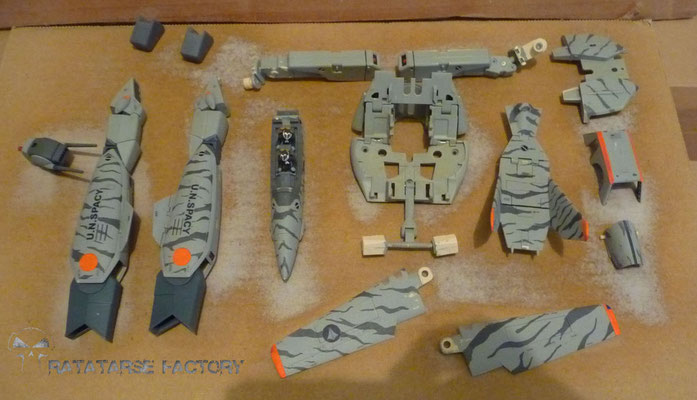 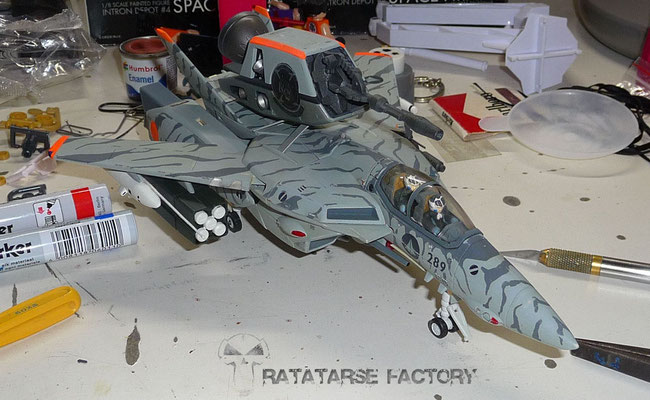