COIN, abbreviation used in aeronautics for "COunter INsurgency", in other words, anti-guerrilla or anti-riot.

In order to stabilize the Zentradi population, which has joined the micronian ranks on Earth or in close proximity, an apparatus has been developed by Rat's Industry, especially in order to be able, if necessary, to repel the possible outbursts of a protest movement Zentradi.

This special plane, developed as a vector of pacification, can also assume a light offensive role on front line and / or special operations.

It is equipped as standard with the following elements:

- 1x Rat's Industry-modified Super Pack qualified for atmosphere flight, consisting of 2 minimized, aerodynamic backpacks as jetpacks and 2 modified leg modules incorporating a disengageable jump jet system and Rat's Industry shock docking.
- 2x 150mm quadritube gatlings positioned on the forearms, can be positioned forward or backward as well in flight mode as in Battroid or Gerwalk mode.
- 2x electroneural loaded disablators mounted in nacelles on the SSP fairings of the legs, can be used as an electric baton during riots.
- 1x Rack with incorporated ammunition in the jetpack enabling the carrying of 2 assault rifles (detailed below), and 2 standardized points of Rat's Industry for LRM pylons (other Rat's Industry weapons can be used but are not integrable In fighter mode).
- 2x 150mm assault rifles with ammunition selector (incendiary, tracer, explosive, perforating) mounted on dorsal rack allowing a quick grip, usable in fighter mode for strafing in addition to gatlings of the same caliber.
- 2x 220mm LRM box with self-directed ammunition (radar) carried under the wings and automatically mountable on the dorsal rack pylons in Battroid mode.
- 2x shields, stored on the docks of the Super Pack and which can be mounted on the forearm in Battroid or Gerwalk mode, on pilot's initiative.
- 1x reinforced head visor, ankle protections and internal organs reviewed (such as booster propulsion for low-altitude operations and flap actuators made faster for evasive maneuvers).

It can of course carry all other Rat's Industry equipment but only in battroid mode for some, such as the minacross mechaport particle gun or the foldable railgun. 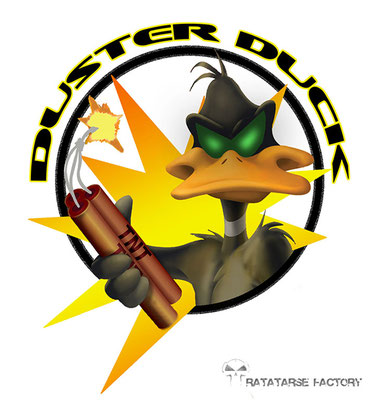 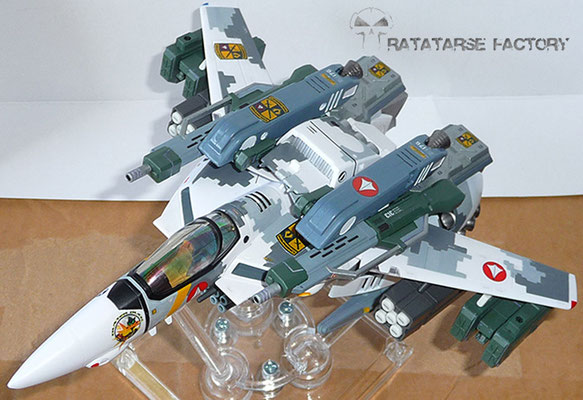 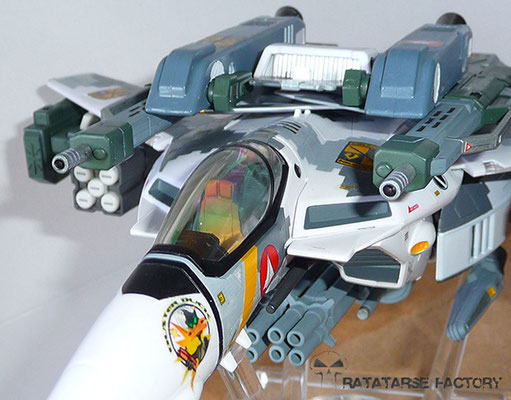 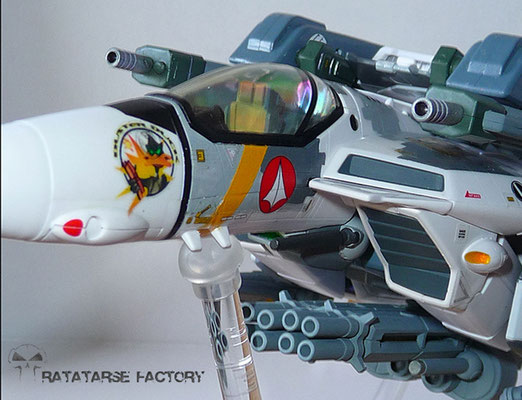 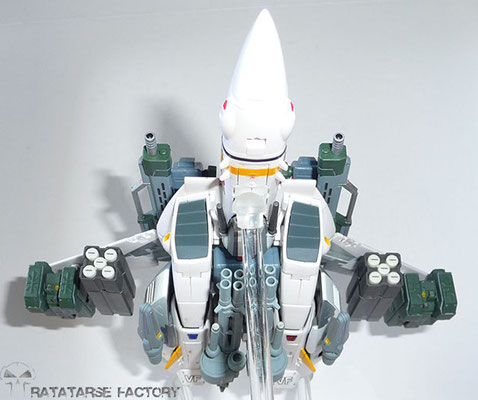 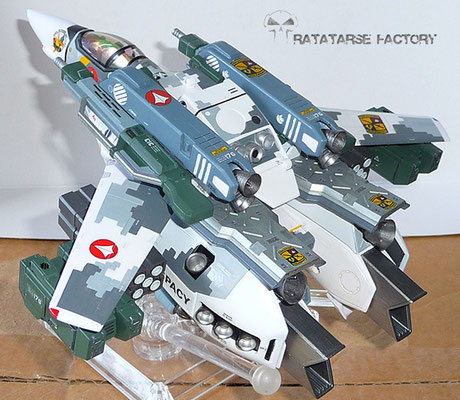 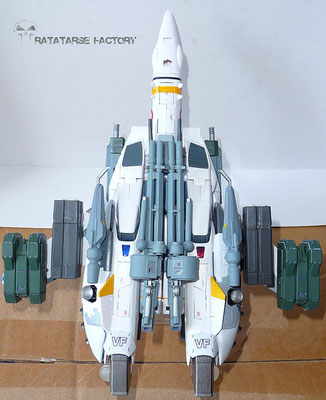 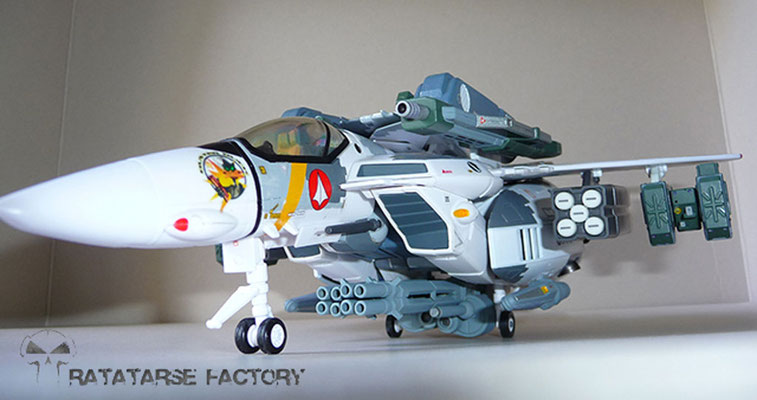 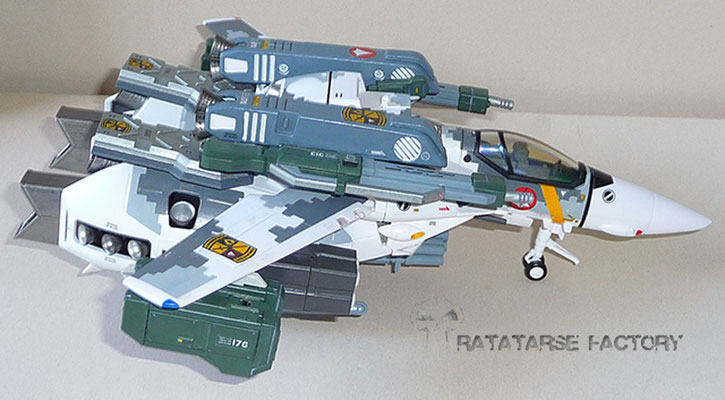 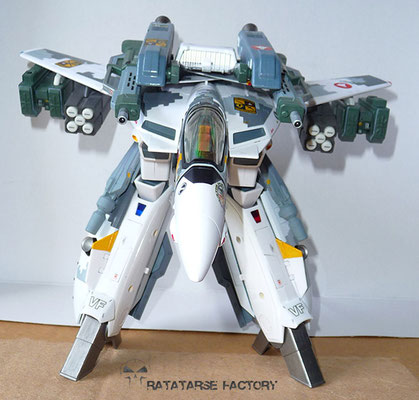 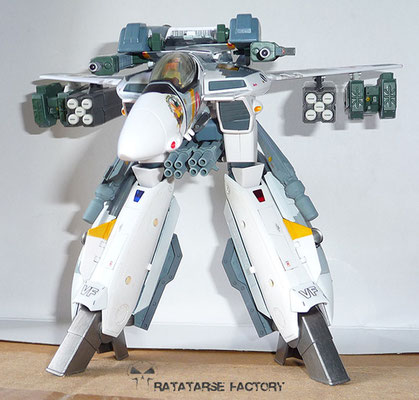 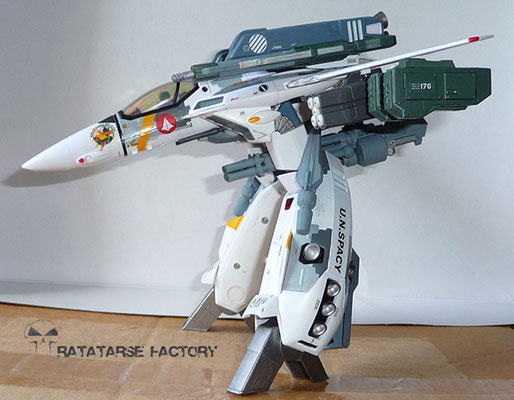 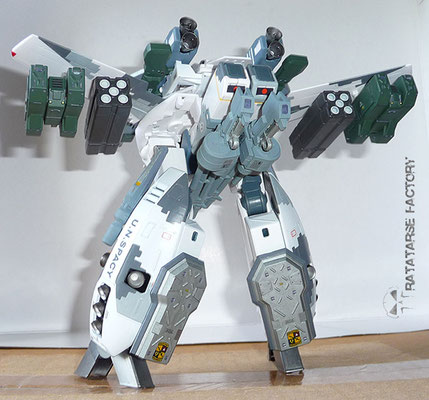 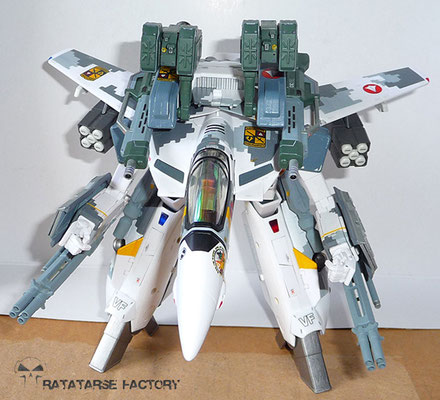 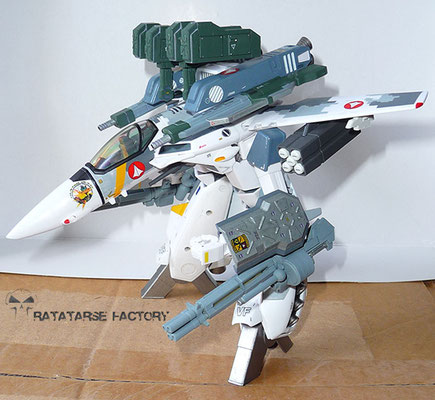 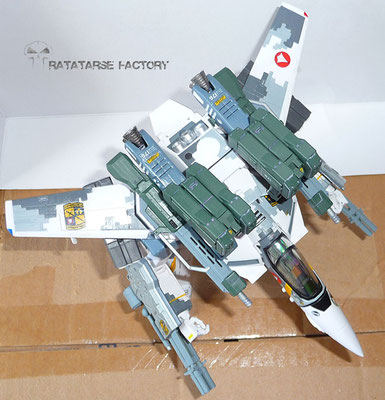 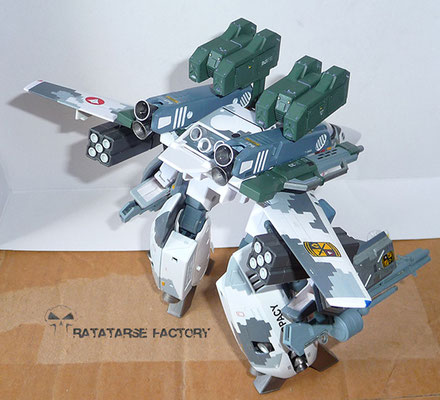 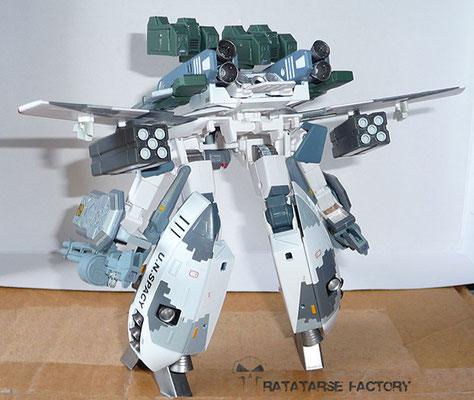 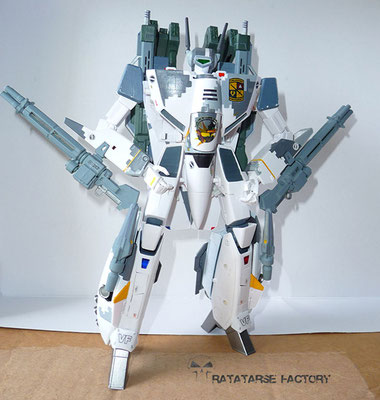 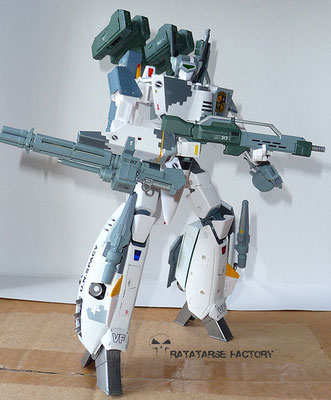 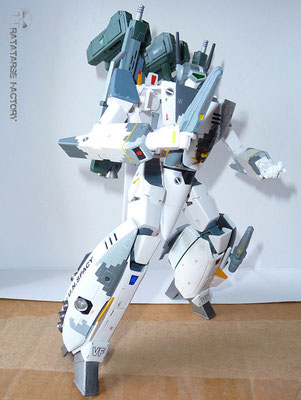 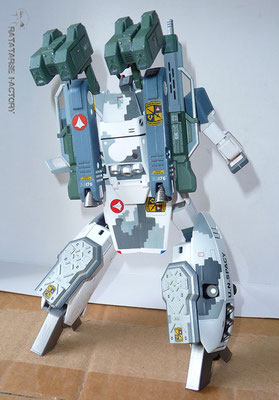 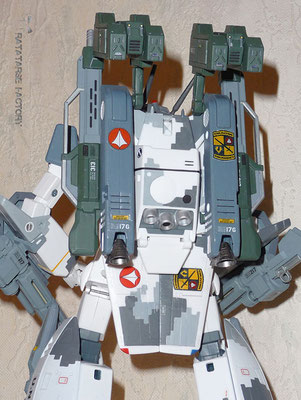 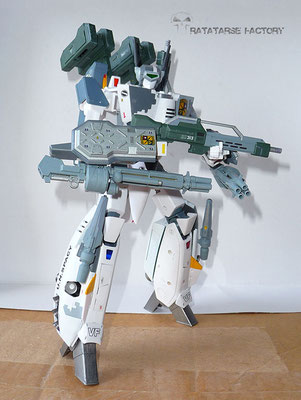 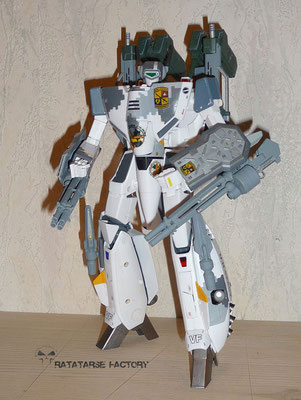 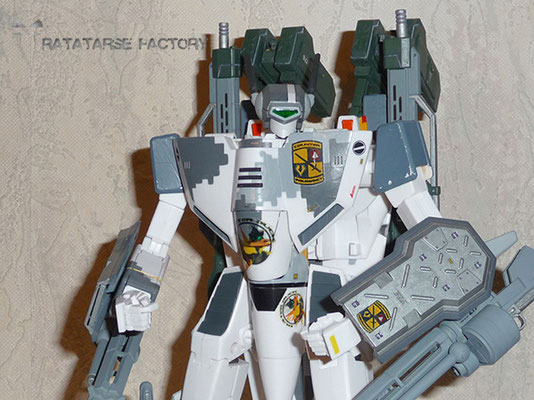 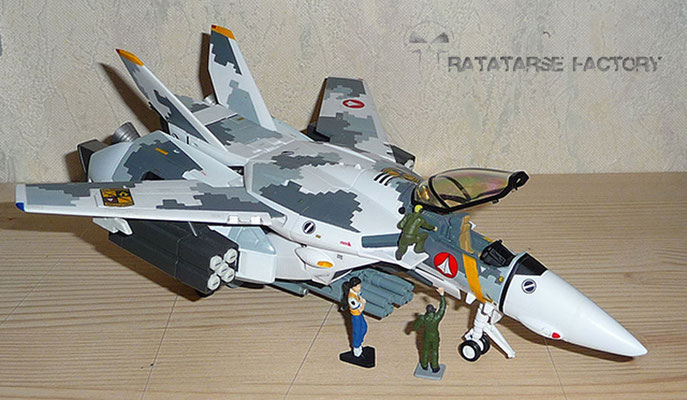 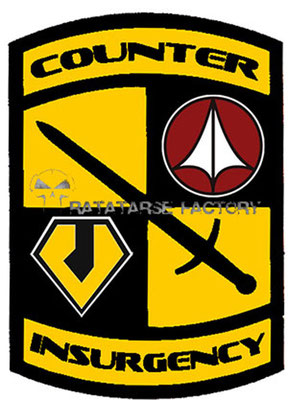