Predecessor of the MBR 04-RF Mk.XII, the Mk.XIc was developed explicitly during the reconstruction and militia operations in South America, just after the first space war.

The lack of deforestation gear combined with the need to protect the residual population in this area gave this hybrid mecha, wich is comparable to a large Caterpillar with guns...

It can compete with any enemy in a forest / jungle environment ...


It was equipped with the following elements:
- Optional Jump-Jet System
- cooling box and air-conditioning adapted to important hygrometries
- additional shielding, winch and anti-sink system in soft or sticky terrain
- hardpoint on crate (2) and on arm (2)
- complete DesProtek system
- survival box for the pilot in case of destruction of the aircraft
- improved optronics for use during precipitation and in case of thick fog
- headlights moved on the body for a lower profile 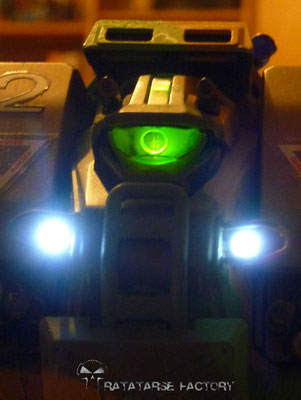 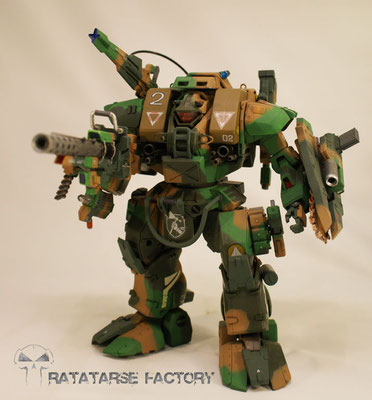 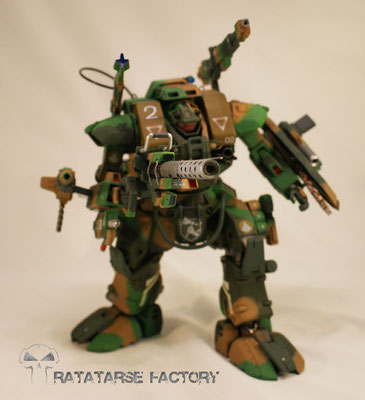 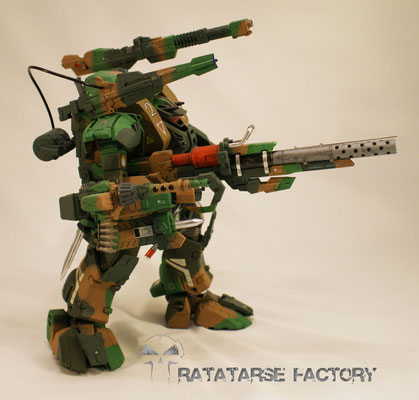 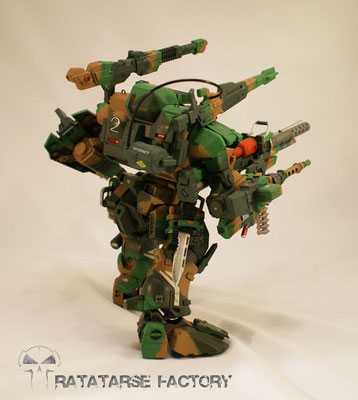 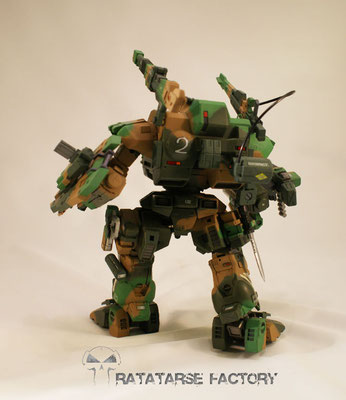 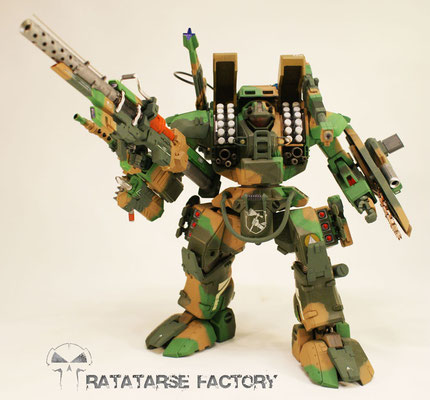 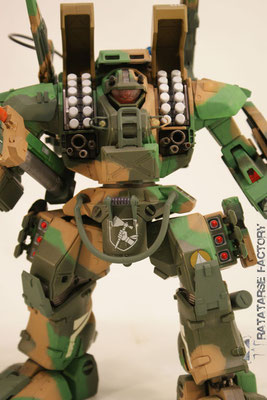 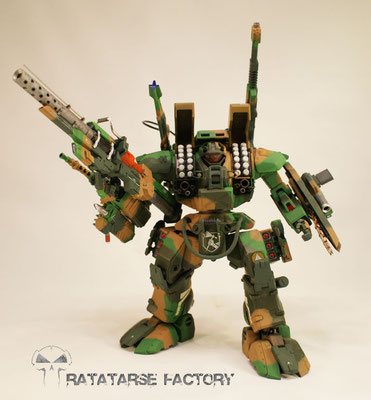 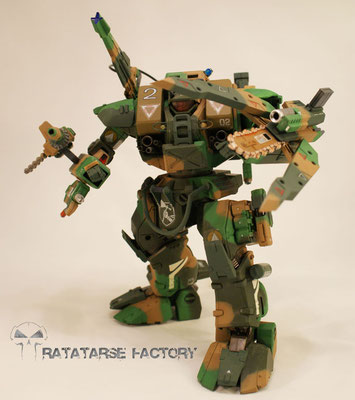 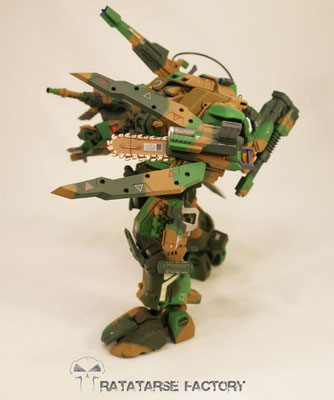 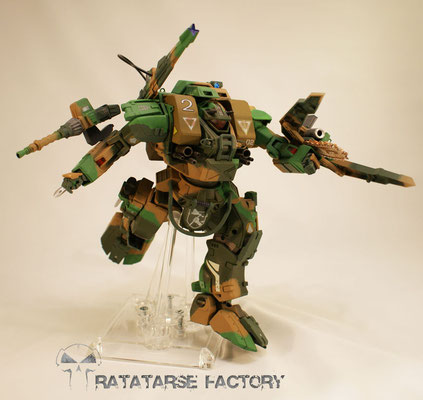 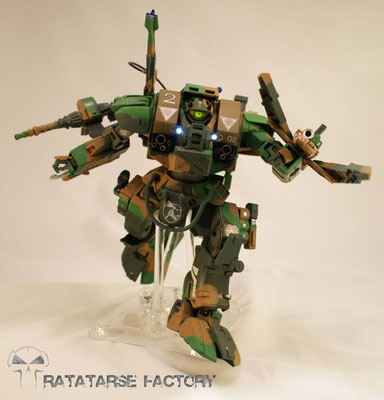 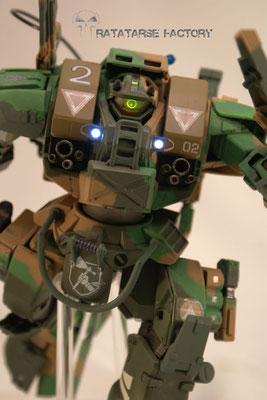 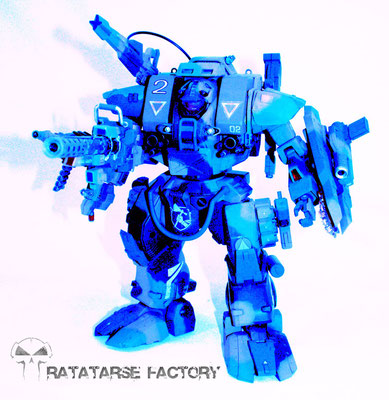